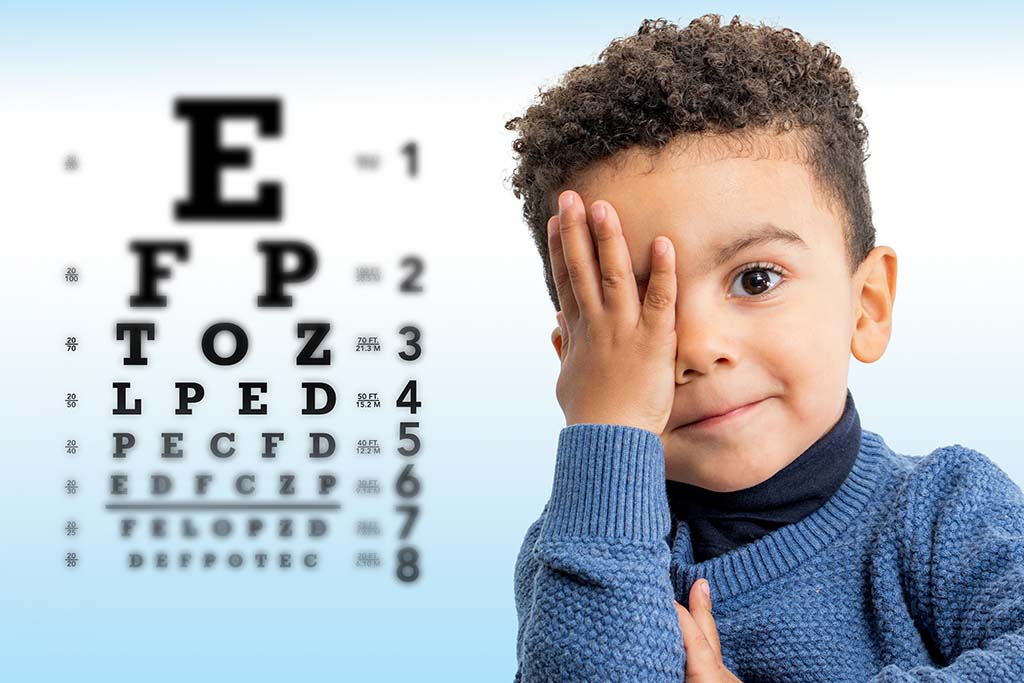 What is an eye chart?

An eye chart contains rows with letters that get smaller and smaller on each line. For younger children, there are instead symbols, such as an apple or a house, on the chart.

What does visual acuity indicate?

If you have a visual acuity of 6/18, it is the equivalent of standing six meters away from something in order to see something than a normal-sighted person would be able to see at a distance of 18 meters.

These fractions can be converted to a decimal number or percentage, which describes the same visual acuity in a different form.

If you want to understand the visual acuity score in terms of percentage, you do the following calculation instead. 6/18 * 100 = 33%.

So based on how many lines you can read on the eye chart, you can understand the visual acuity score in a number of different ways: as a fraction, a decimal, and a percentage.

The requirement to drive a car is visual acuity of minimum 50%. An eye with 50% vision is sufficient. This does not mean that you have to have 50% in both eyes.

On our website we use technical, analytical, marketing and preference cookies. These are necessary for our site to work properly and to give us information about how our site is used.
SettingsI accept
Manage consent

This website uses cookies to improve your experience while you navigate through the website. Out of these, the cookies that are categorized as necessary are stored on your browser as they are essential for the working of basic functionalities of the website. We also use third-party cookies that help us analyze and understand how you use this website. These cookies will be stored in your browser only with your consent. You also have the option to opt-out of these cookies. But opting out of some of these cookies may affect your browsing experience.
Nødvendige Always Enabled
Necessary cookies are absolutely essential for the website to function properly. These cookies ensure basic functionalities and security features of the website, anonymously.
Funktionelle
Functional cookies help to perform certain functionalities like sharing the content of the website on social media platforms, collect feedbacks, and other third-party features.
Performance
Performance cookies are used to understand and analyze the key performance indexes of the website which helps in delivering a better user experience for the visitors.
Analytics
Analytical cookies are used to understand how visitors interact with the website. These cookies help provide information on metrics the number of visitors, bounce rate, traffic source, etc.
Markedsføring
Advertisement cookies are used to provide visitors with relevant ads and marketing campaigns. These cookies track visitors across websites and collect information to provide customized ads.
Andet
Other uncategorized cookies are those that are being analyzed and have not been classified into a category as yet.
SAVE & ACCEPT